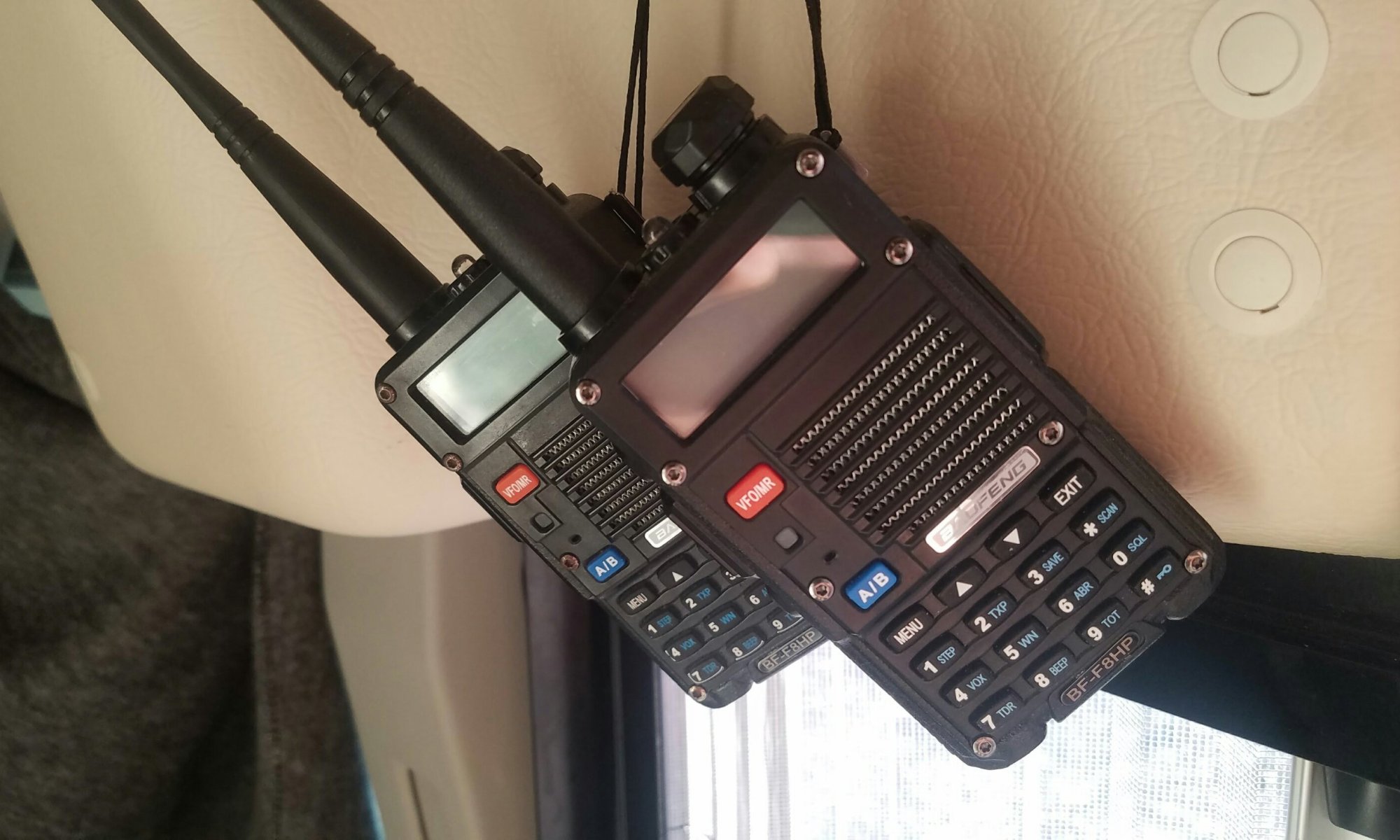 This winter we planned on staying in the desert for several months. We were attending the annual bash with RV fulltimers in the desert outside of Quartzsite. After that event was over my husband wanted to go to Quartzfest, an ARRL convention of amateur radio operators. It was only a few miles away and my husband loves his radio so I agreed to go. I guess I’ll find something to do…

Well some how over a few days I decided to try to get my technicians license, which is the basic ham radio operator license. What was I thinking? I went to a gathering of people who also wanted to get a license and we were told get a book by Gordo so we could study. Gordo would leave some at the welcome tent so we could borrow one and help us. I got my loaner and started to study. My husband quizzed me on and off until the day arrived. I was very nervous but I was determined to pass the exam. 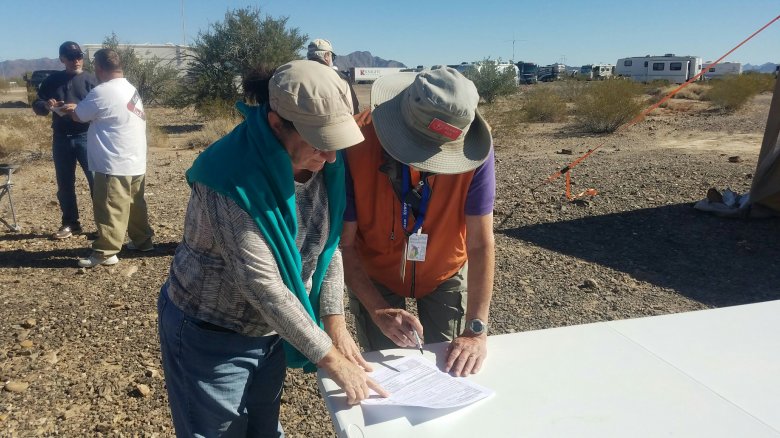 We arrived and found out I was number 14 and they were on number 4. I had to stay calm and not let my nerves get the best of me. A nice man was sitting next to us and started talking with us which eased my nerves a bit until I heared number 14 called. 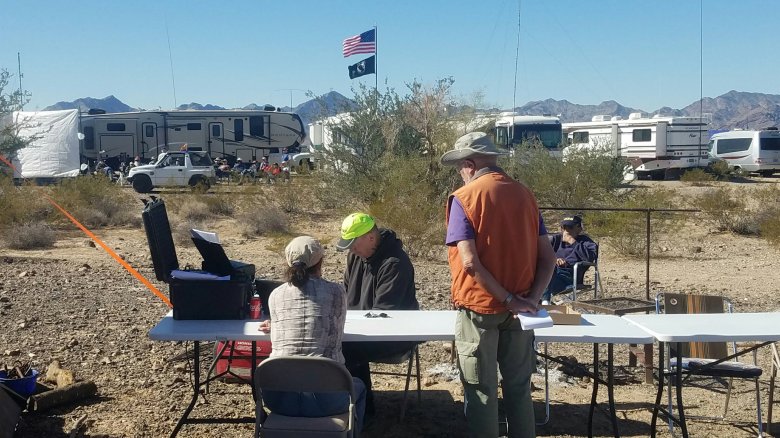 I went to the table with all the information I needed. A gentleman was getting a tablet ready so I could take my test. He explained how to use it and it was exactly how I had been studying with an app on my phone so the tablet made me feel a little bit more at ease. 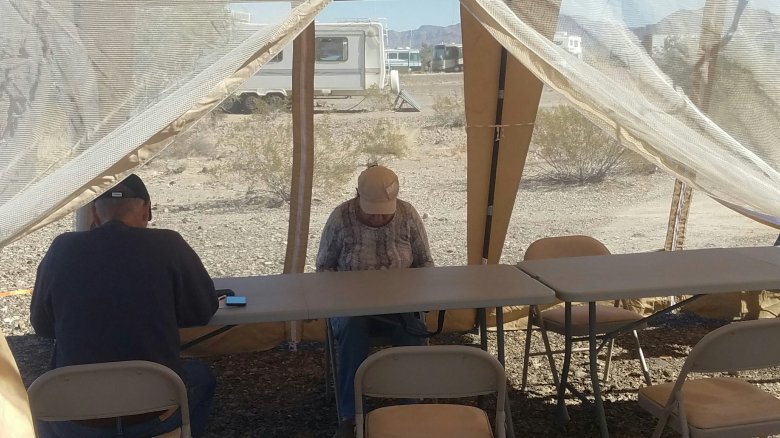 I sat down with a couple of other folks who were having a hard time with the light on the screen but I managed. I finished and returned my tablet and had to wait for the results. Sitting and waiting was even more nerve racking. 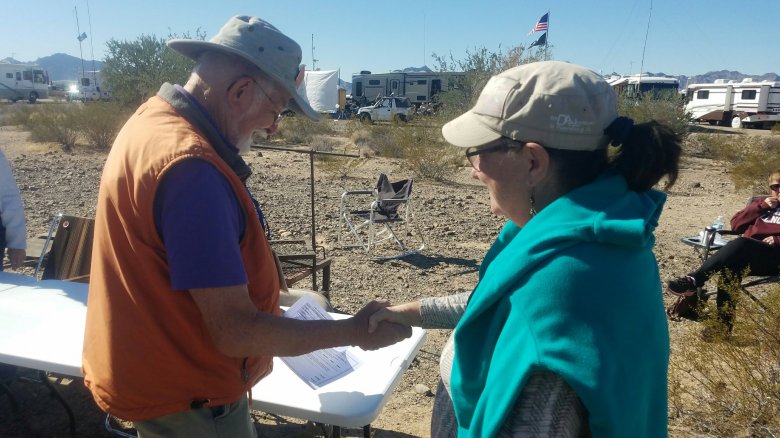 The VE (volunteer examiner) called me by name and walked up with a stern look and said congratulations, you passed. I was floored, I passed. My husband was so proud of my accomplishment I thought he might burst.

Several days later they had a ceremony for us and helped us with our first contact. It was exciting to make our first contact there at Quartzfest with all the Ham operators looking on. My first contact was with Gordon “Gordo” West WB6NOA a big shot in the Ham world, who I’d never heard of but was a very nice man.

At the end of my contact I said what I hear my husband say all the time at the end of a conversation “73”, which means best regards and the crowd went crazy. Little did they know that Gordo whispered in my ear “say 88” which means kiss. He gave me a big hug and my days of radio contacts has just begun. So say hello to KG5WYU.