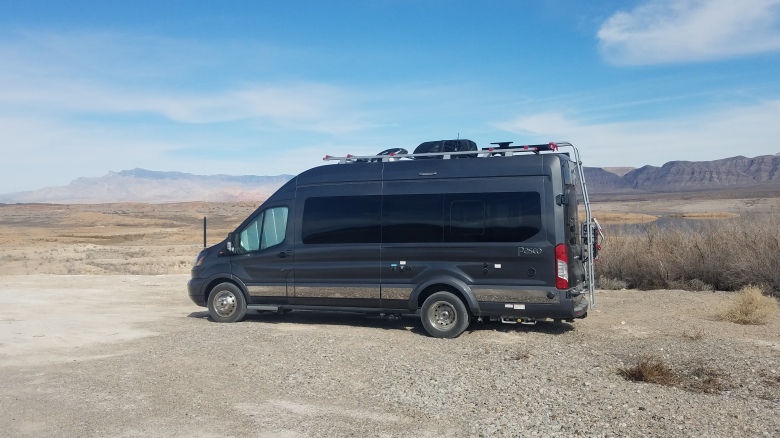 The last few days we have been boondocking at Stewarts Point, NV, just off 167. There is ample space for any size rigs out here and there is a pit toilet so tent camping is a possibility here as well.

Upon arriving at boondocking areas we usually scout around for a nice place to settle down even if it is to some extent a harrowing proposition and experience to get to an amazing place (as we did on Government Wash where we had a tiny peninsula to ourselves), but for some reason this time we liked the area overlooking the lake and weren’t as adventurous as we usually are in finding an awesome place further down, so we settled in.

As we were overlooking the Overton Arm of Lake Mead we noticed there is considerably less wild life here than just a bit further south at Government Wash where there are plenty of coyotes roaming around. We did see a road runner here though, which was a funny thing to see. What’s next? An Acme sign?

After a great day with awesome hiking at Valley Of Fire State Park (about which we will blog soon) we put the rig in park at Poverty Flats a.k.a Snowbird Mesa and are here for the night. 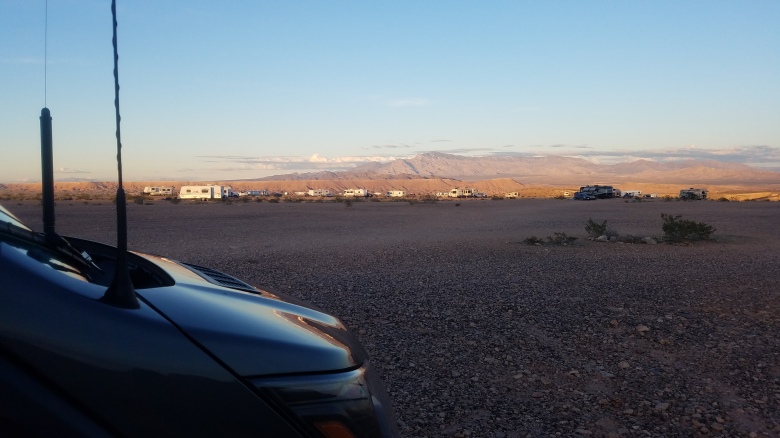 It seems to be moderatly crowded here at Poverty Flats (to us, at least) and tomorrow morning we will hit the road and head in to Utah.

And just like that the sun is back. Another day in beautiful Colorado
Happy Memorial Day from snowy Colorado
What month is it? Beautiful Colorado
Back in Texas and the wide open plains.
Leaving another of our favorite Summer hangouts. Starting to get a little chilly at night so off we go scouting Destinations.
Leaving one of our favorite places in Colorado. See you in the Spring.