We started the day with the idea to head north into Washington since we were so close to it. As usual we took the scenic route and headed north out of Island City, OR, on Hwy. 82 to Elgin, then 204 over the mountains to Milton-Freewater and then north on Hwy. 11 into Washington. Once over the border the route changed to Hwy. 125 which took us into Walla Walla. Always wanted to say “I’ve been to Walla Walla, Washington”; Now I can, Must be a thing from childhood I guess. We stop to have lunch and figure out where we will spend the night. We find a place called Caboose Park in Dayton on Hwy 12 so we set off. The scenery was so different than we have had the last few days. The tall mountains, some with snowy peaks, changed to large rolling hills with crops. It’s a wonder the tractors don’t tip over when plowing the fields. On Hwy 12 we saw a sign that we were on the Lewis and Clark Trail yet once more. Now that is exciting. These fellas seem to have been everywhere. We soon made it to Dayton and parked at the Caboose Park just a block from the main street.

Since we are here; Why not take a little walk and check out the town? As soon as we got out of the rig we heard music, classic rock more precisely. We walked to the main street to see where it was coming from but everytime we thought we knew which store front it was, it wasn’t.

Finally we saw speakers on the top of the lightposts and the mystery was solved. It was the city of Dayton broadcasting the local radio station. 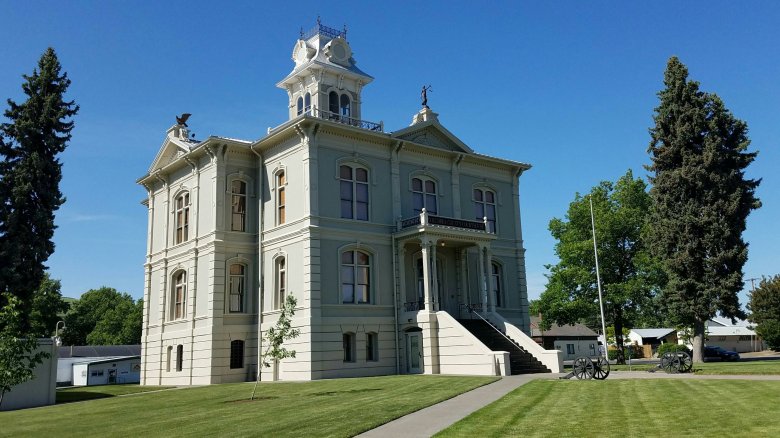 Dayton is a cute little town with some history. There is an original train depot that has been turned into a museum and is free. 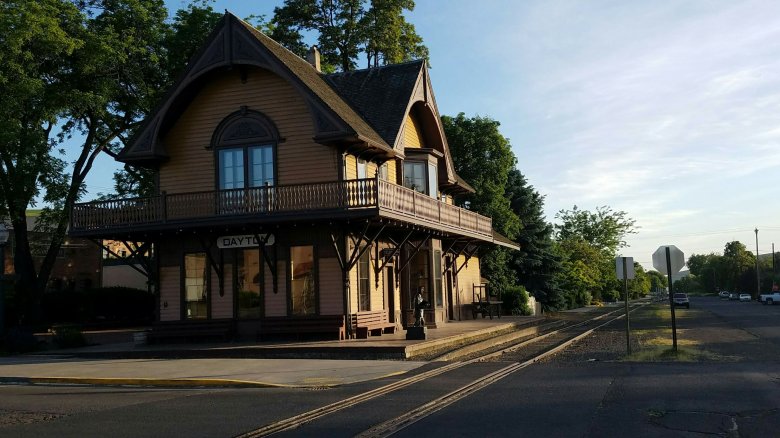 Tomorrow we will see more of the Lewis and Clark Trail because of course they were scouting new destinations.